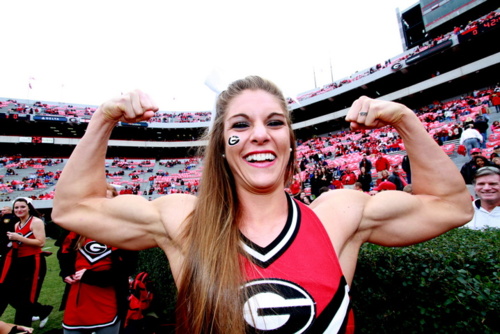 It's not often that you will see a cheerleader and say to yourself "Man, she could play fullback." But after looking at University of Georgia's junior cheerleader Anna Watson, that is exactly what you'll say.
Watsons' muscles have become a hot topic in recent weeks, after reportedly turning down a $75,000 offer to serve as a fitness model for Elite Model Management, according to the school's independent student newspaper, RedandBlack.com. Watson credits her decision to being deeply religious and provided a Tim Tebow -l ike response when asked for her reasoning. "I don't serve a modeling agent. I serve the Lord," Watson told the student newspaper. "I'm not going to compromise my morals and my beliefs just to take pictures. 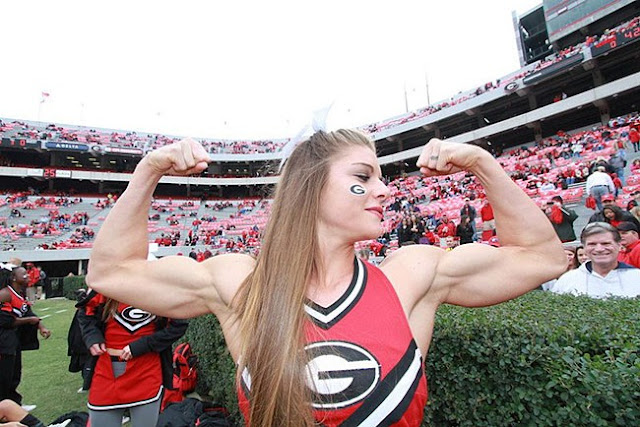 Anna cheered in only three home games this season due to an Achilles' heel injury she suffered early in the season.
Posted by FforFree
Labels: f for fun, hot news