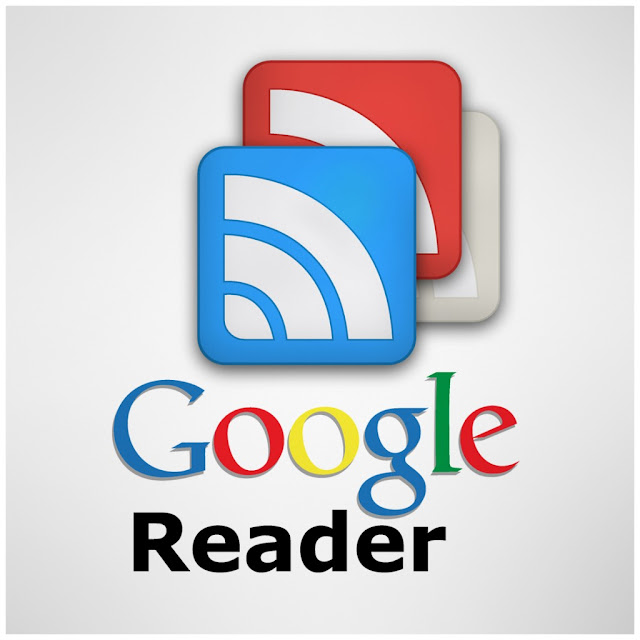 Google has announced that it will be shutting down Google Reader on July 1, 2013 & iGoogle on November 1st 2013. This move comes as Google tries to consolidate its services to put more wood behind fewer arrows, we can expect more consolidation behind a few key products: Android, Chrome, and Google+.

It is time, then, to find a new RSS reader. Fortunately, Reader has always had the ability to export your RSS subscriptions and feed groups in the widely-accepted OPML format, which not only includes your feeds, but also your shared items, friends, likes, and starred items. To export your data from Reader, click the Cog/Settings button (Upper Right Hand Corner) > Reader Settings > Import/Export. You are taken to Google Takeout, where you can download your feeds in the commonly used OPML format used for importing and exporting RSS feeds from one service to any another mentioned below.

Feedly
A very different take on RSS feed aggregation, Feedly takes the form of a browser add-on for Firefox, Chrome, and Safari, and also an iOS and Android app. Feedly takes your feeds and turns them into a magazine-type view. Its sharing features and integration with social networks is top notch. Worryingly, Feedly actually uses Google Reader as its backend  and we’re not sure if Google will break the functionality of third-party apps like Feedly when it integrates Reader with Google+. On the flip side, this means you can log into Feedly today and it will automatically have all of your Google Reader feeds set up and ready to go.


Netvibes
Google Reader has always been the favorite here in the office, but a few of us have long held secret crushes for Netvibes, which is really very similar to Reader once you switch it out of the default “widgets mode.” Netvibes has lot more functionality than Reader, too (and some of them cost money!) but at the expense of usability. Importing your Reader OPML file into Netvibes is as simple as clicking “Add content” and then “Import.”

NewsBlur
By far the youngest kid on the block, but by no means the weakest, NewsBlur is a beautiful, slick, fast-paced and innately intelligent RSS reader. NewsBlur seems to be unique in that it combines RSS feeds and headers with actual websites.
The Old Reader
The Old Reader may be in beta, but it was built to be a suitable replacement for Google Reader. And not just Google Reader as we know it now, the old Google Reader, that still had plenty of tools for sharing and organization. You can log in via Google or Facebook, and import your feeds from Google Reader or any other service via OPML. If the interface looks familiar, it should: it looks a lot like Google Reader, complete with folders down the left side, your list of stories in the main pane, and one-click subscription to new feeds. You get many of the same keyboard shortcuts, and even get the same ability to follow other Old Reader users and share interesting stories with them the way you used to be able to with Google Reader. The Old Reader is fast, free, and super simple to use. There are no mobile apps yet, but the web site works well on mobile devices, and the developers behind it note they're working on it. There are, however, Chrome and Safari extensions for it.

Pulse
Pulse is only partially a syncing RSS reader it relies heavily on its own news filtering algorithms to help you find the stories that they think you'll enjoy. You can use it as a way to just keep up on all the latest stories from the blogs you like to read, but when you nominated it as one of your favorite news aggregators, it was because it was great at lifting the interesting stories to the top. It departs from the traditional news reader UI for a more visual, tiled approach (similar to one of the views you can see in Feedly.) That said, Pulse does let you import your Google Reader feeds (via mobile-you can't do it on the web), and since they operate their own service, they'll handle the syncing and management for you no external service required. Pulse offers a webapp and mobile apps for iOS and Android phones and tablets. You can easily save stories for later, share with friends, or just browse some of the more popular and trending stories, filter by category, and pick up where you left off on a new device without losing your place.

Google Currents
A hybrid magazine viewer and feed reader,Google Currents seems to be the tech giants sally against the many magazine reader-style apps proliferating at the moment. The app allows you to subscribe to online publications as well as RSS-enabled websites, all presented in a magazine-style format. Depending on how the feed is setup, articles are either presented in a very clean, unformatted magazine-style view, or given a short abstract or a few opening lines along with a forwarding link. As it's primarily a magazine appwith feed reading on the side, feed organizationisn't a strong suit at the moment.

Finally More
Finally, you probably feel joined at the hip to web-based RSS, but if you’re willing to investigate installed applications, there are plenty of apps that are both faster and more functional than Google Reader. FeedDemon or RSS Bandit are most likely the best options for Windows, and NetNewsWire for Mac, iPhone, and iPad is truly excellent. For mobile devices specifically, you might want to take a look at Google Currents above, which turns your favorite sites  into an attractive, magazine-like format on your iOS or Android device. Another alternative for more savvy users is to build your own RSS sync backend. This is where a service such as Fever has a big advantage over others. It's self-hosted, meaning that as long as you can provide a place for the software to be installed, it will run and continue to work...
Posted by FforFree
Labels: free, hot news