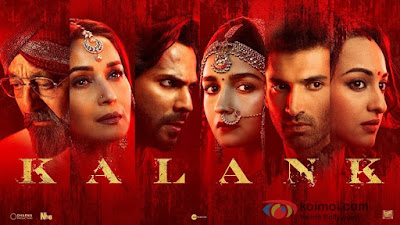 It’s time. Let’s begin the #Kalank game. Here are 5 questions, answer and win the free couple tickets to the movie

>> ENTER HERE1. Kalank is a period drama, set in which year and era?2. Kalank was conceptualised originally how many years ago?

3. Who was signed initially for the role of ‘Bahaar Begum’ in the movie?

5. Which two Bollywood actresses have done cameo in the songs of the movie?

NOTE: Participate in the contest only if you have Miraj Cinemas in your cities near you.