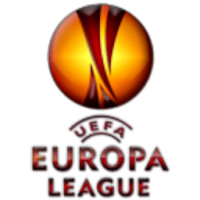 Test your football knowledge! Answer 3 questions correctly, complete a tiebreaker and you could win a pair of tickets to the UEFA Europa League Final

What does the acronym UEFA stand for? The ''Union of European Football Associations''

In which month is the 2019 UEFA Europa League Final? MAY

Which FedEx tool advises your customers via SMS and/or email when your shipment will arrive? FedEx Air Waybill

In which year was UEFA founded?

How many teams automatically qualified for the 2018/19 UEFA Europa League Group Stage based on their domestic performance?

Each valid FedEx Air Waybill may only be used once. Eligible Participants must allow a minimum of 24 hours after the shipment has been picked up or dropped off before using the FedEx Air Waybill numbers to enter

How many packages did FedEx Express ship worldwide on the day of the UEFA Europa League Final 2018 ?

a) 1 package to the UEFA Europa League Final on 29 May, 2019. One winner package includes the following items:

2 x Category 1 general admission tickets to the UEFA Europa League Final at the Olympic Stadium in Baku,Azerbaijan on the 29 May, 2019

2 x nights shared accommodation at the Boulevard Hotel in Baku from 28-30 May, 2019. The address of the hotel will be communicated to the winner by FedEx. Accommodation will be a shared room, either a twin room or a double room, depending on availability.
Breakfast for x 2 people (29 & 30 May, 2019).