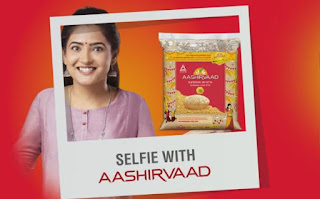 AASHIRVAAD India's No. 1 Atta for 12 years. Let's celebrate it with this  exciting Atta Lottery. Contest is only applicable for purchase of AASHIRVAAD Superior MP Atta or AASHIRVAAD Shudh Chakki Atta of the following quantities: 500g, 1 kg, 2 kg, 5 kg and 10 kg