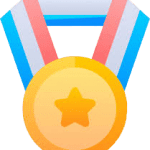 Quiz  : How many Lok Sabha seats belong to Rajasthan?

Answer: 25
Quiz  : “I have never let my schooling interfere with my education.” To whom is this famous quote attributed?

Answer: Mark Twain
Quiz  : In India’s Chandrayaan 2 moon mission, what is the name of the lunar rover that remains trapped inside the lander that hard-landed?

Answer: Pragyan
Quiz  : Vexillology is the study of what?

Answer: Flags
Quiz  : Which award is conferred annually by the King of Norway on one or more outstanding mathematicians?

Answer: Abel Prize
Quiz  : “Dreams from My Father” is the memoir of which former American president?

Quiz : In 2009, the president of which island nation in Asia held the world’s first underwater cabinet meeting to highlight the problem of global warming?

Answer: Maldives
Quiz : Which India-based airline is a joint venture between Tata Sons and Singapore Airlines?

Correct Answer: Vistara
Quiz : The 2002 Bollywood hit “Kaante” is a remake of which Hollywood movie?

Answer: Reservoir Dogs
Quiz : In which country with a strong Indian diaspora did India help set up the World Hindi Secretariat?

Answer: Mauritius
Quiz : Which planet in the solar system is named after the Roman god of war?

Answer: Mars
Quiz : Which Indian actor played the role of the adult Pi in the 2012 Hollywood movie “Life of Pi”?

Which is the only sea in the world that does not have any coast?

What brand developed by Unilever started as “Sunlight Flakes” laundry soap in 1899?

Where is the headquarter of the South Asian Association for Regional Cooperation (SAARC) located?

What are the first and middle names of J.K. Rowling, author of the popular children’s fictional series Harry Potter?

If you are watching a cricket match in a stadium popularly called The Gabba, in which Australian city would you be?

Who is the first Indian to win an individual gold medal in the Olympic Games?