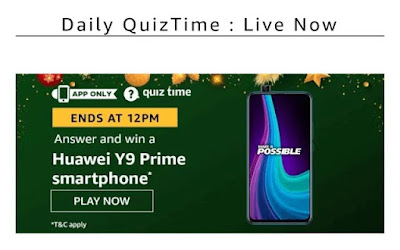 Question 1. Janhvi Kapoor is starring in an upcoming biopic based on which Indian Air Force pilot?

Question 3. The flag of which of these nations features the least number of stars?

Question 4. The theme song of which TV series starts with the lines ‘Our whole universe was in a hot, dense state’?

Question 5. Who has been nominated in both the Best Actress in a Leading Role, and the Best Supporting actress category for this year’s Oscars?