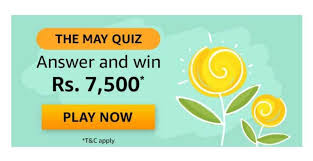 Amazon The May Quiz All Correct Answers