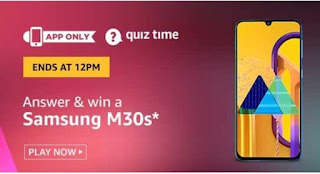 Question 1. Kathy Lueders is the first female head of human spaceflight program at which agency?

Question 3. Twitter recently announced a new feature that lets users attach what to their tweets?

Question 4. Axone, a type of fermented soya bean, is part of the cuisine of which Indian state?

Question 5. ‘Klara and the Sun’ is the latest novel announced by which Nobel Laureate?