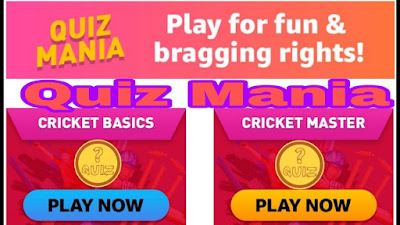 The quiz is for entertainment purposes only, and designed for customers to test their knowledge on various topics. There are no rewards attached with these quizzes.

Question 1 – Shabaash Mithu is an upcoming biopic based on which famous cricketer?

Question 2 – Which of these cricketers has NOT led India in an ODI World Cup final?

Question 3 – Sourav Ganguly made his Test match debut in the same match as which great cricketer?

Question 4 – Which of these teams played for only one season in the Indian Premier League?

Question 5 – In which of these years has Mumbai Indians NOT won the Indian Premier League title?

Question 6 – In the 2019 ODI World Cup, which Indian batsman hit the maximum number of centuries?

Question 7 – Off which bowler did Yuvraj Singh hit six sixes in an over in the 2007 ICC World T20?

Question 8 – Brian Lara made his record breaking 400 in a Test innings against which team?

Question 9 – The Dr Bhupen Hazarika Cricket Stadium is located in which Indian city?

Question 10 – Out of Sachin Tendulkar’s 100 international centuries how many came at the famous Lord’s ground?

Amazon Cricket Master Quiz All Answers
Question 1 – Who among them has NOT been a coach of the Indian cricket team?

Question 2 – Which of these grounds hosted the first ever final of an ICC World T20 won by India?

Question 3 – Which famous left hander holds the record for the highest score made in an ODI World Cup final?

Question 4 – The first ever Indian Premier League final was played in which of these stadiums?

Question 5 – In the memorable 2002 Natwest Trophy final featuring India and England, who hit the winning runs?

Question 6 – In which year did India feature in its first Women’s T20 World Cup final?

Question 7 – The first ever Test match played with a pink ball was played on which Australian ground?

Question 8 – In 1999, Anil Kumble became the second bowler after whom to take 10 wickets in a Test innings?

Question 10 – Among Indian players who has recorded the highest ever individual score in the Indian Premier League?