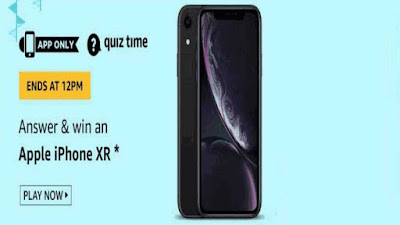 Open Amazon app & Login into your amazon account. (If you don’t have then create one by signing up) Scroll down your amazon app home screen & you will see FUN ZONE banner. Tap on the banner & then tap on DAILY QUIZ to open the quiz & tap on start to start the quiz. If you are unable to see FUN ZONE banner on amazon app home screen then click search button & search for quiz & tap on FUN ZONE.