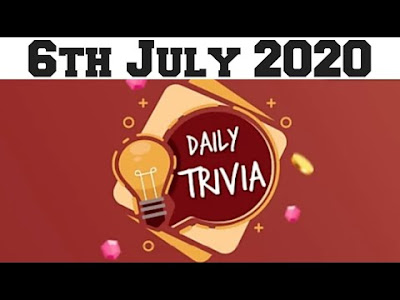 Answers to Flipkart DailyTrivia Quiz Answers 6th July
1.Rouge one is a 2016 American Space Opera.it is a spin off film from which flim series ?
Ans. Star wars
2.who plays the role of sonam kapoors brother in the film the zoya factor?
Answer. Sikander kher
3. Born in 1995 who among is the oldest?
Answer. Tara sutaria
4. Govinda has won a filmfare special award for which of these films?
Answer. Saajan chale sasural
5. The director of which of these films was married to actress Divya Bharti?
Answer. Kick
Posted by FforFree