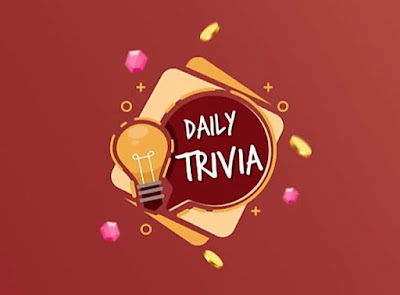 
Q2. On whose gravestone would you find 772.5 inscribed, his calculation of heat?


Q3. Who among these was a member of the winning Davis Cup teams in 2004, 2008 2009, and 2011?
Answer is Rafael Nadal
Q4. Which country’s “other national drink” is Irn-Bru, a carbonated soft drink?
Answer is Scotland
Q5. What day do we generally observe on the second Sunday of May?
Answer is Mother’s Day

Flipkart Quiz All answers – August 2nd, 2020
Q1. Which legendary actor was a part of the 2019 ﬁlm Joker as Murray Franklin?
Answer is Robert De Niro
Q2. Which fusion rock band did Rahul Ram and Susmit Sen start in 1990?
Answer is Indian Ocean
Q3. Which of these characters dies in the climax of the ﬁlm Sholay?
Answer is Jai
Q4. In 1958, Mother India lost the best foreign language ﬁlm Oscar to a ﬁlm from?
Answer is Italy
Q5. Which actress is directing the upcoming Charlie’s Angels 2019 reboot?
Answer is Elizabeth Banks

Flipkart Quiz All answers – August 3rd, 2020
Q1. Which legendary actor watch a part of the the 2019 film Joker as Mari Franklin
Answer is Robert de Niro
Q2. Which fusion rock band did Rahul ram and sushmit Sen start in 1990
Answer is Indian Ocean
Q3. Which of these characters dies in the climax of the film Sholay
Answer is Jai
Q4. In 1958 mother India lost the best foreign language film Oscar to a film from
Answer is Italy
Q5. Which actress is directing the upcoming Charlie’s angels 2019 reboot
Answer is Elizabeth Banks

1. Directed by Tinnu Anand, which of these is a 1981 film starring Amitabh Bachchan?
Answer 1 – Kaalia
2. Which nickname is common to Garry Kasparov, Nathan Lyon and Paul Gascoigne?
Answer 2 – Gazza
3. Thomas Odoyo, Maurice Odumbe and Aasif Karim are all former Cricket captains of
Answer 3 – Kenya
4. Which of these is owned by the business group that owns Britannia Industries?
Answer 4 – Bombay Dyeing
5. Which former model and actress’s memoir is entitled ‘Anusual’?
Answer 5 – Anu Aggarwal

1. Who plays the role of Katrina, based on Sangeeta Bijlani, in the film Azhar?
Answer is Nargis Fakhri

2. The 2000 film Refugee takes place in which geographical feature of India?
Answer is Rann of Kutch
3. About which musician has Kalpana Lajmi written the book ‘As I Knew Him’?
Answer is Bhupen Hazarika
4. The actor who plays ___ in DC films was a part of Mision: Impossible – Fallout.
Superman
5. Who was the first musician to be awarded the Bharat Ratna?
M.S. Subbulakshmi

Q1. The President of Russia Vladimir Putin was previously an intelligence officer of
Answer KGB
Q2. Which of these painters is a brother of an ex prime minister of India
Answer Satish Gujral
Q3. Which lake in spiti in Himachal Pradesh got its name from its crescent shape.
Answer Chandra Taal
Q4. Which fruit can be seen in the painting ‘the son of man’ Bai by Billy and printer rené Magritte
Answer Apple
Q5. According to Brahma purana on which day did lord Brahma recreate the world.