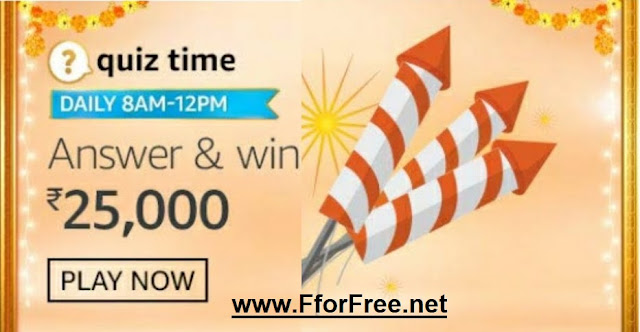 To be eligible for the Contest, during the Contest Period you must sign-in to or sign-up from an account on the Amazon app Once you have signed-in to the Amazon.in App, you can participate by navigating to the page where 5 questions will be posted during the entire Contest Period. Thereafter, if you answer all the quiz questions correctly, you will be entitled for a lucky draw which will be carried out among all the participants who have answered that particular question correctly.

Q2) The novel, White Tiger, won the Man Booker prize in 2008, and was the debut novel of an Indian-born author. Who wrote it?

Q3) What is the dot that appears over the lowercase letters, ‘i’ and ‘j’, called?

Q4) Famous british actress ‘Lena Headey’ was born on 3rd October 1973. Which character does she play in the famous HBO series ‘Game Of Thrones’?

Q5) She was the first Indian woman to become a teacher, and opened up the first girl’s school in India in 1848. Who is she?