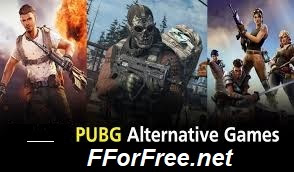 Best Alternatives of PUBG in India are :