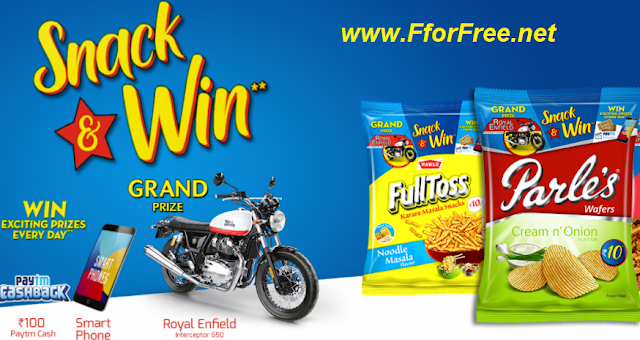 Promotion is valid till 16th February 2021 During the Promotion Period Rs.100 paytm cash voucher / Samsung M01 Mobile phones/Royal Enfield Interceptor 650 Bike shall be awarded to winners who will be selected.  Every alternate day 100 PayTm cash vouchers  & 1 mobile phone can be won during the promotion period. Draws on the bike will be done at the end of the campaign period Parle will be announcing 3 bike winnersout of the total entries till last day of the campaign.
Posted by FforFree
Labels: Big Contests, big offers, Prizes