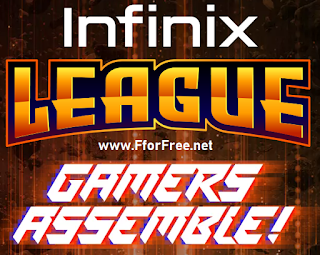 Esports Premier League (ESPL) is a nationwide eSports tournament first of its kind Free Fire tournament. India Today Gaming, the gaming, and eSports division of India Today Group is organizing this multi-city tournament over a period of three months. During this time, ESPL will comprise more than 700 online matches with more than 300 hours of gaming content.Teams will compete against rivals to represent eight cities across the country. These cities include Delhi, Mumbai, Kolkata, Chennai, Hyderabad, Punjab, Rajasthan, and Bangalore. Interested players and fans can watch the live streams for the matches in six languages including Hindi, English, Kannada, Telugu, Tamil, and Bengali. The live stream broadcasts will be available on the YouTube and Facebook channels of India Today Gaming along with India Today and AajTak.India Today Gaming has also teamed up with Hotstar to stream ESPL across the country.  Towards the end, 8 teams will compete against each other for a total prize pool worth Rs 25 lakhs. The tournament Grand Finals for ESPL is scheduled for August 29th, 2021.
How To Participate Infinix Gaming League Contest?
1. Register for Infinix League Game >> ENTER HERE
2. Play eSports Premier League challenge under Schedule
3. Top 5 Lucky Winners will Win Free X1 Android TV & Top 16 Winners to get NOTE 10 Pro
India Today Gaming reserves the right to edit any player or team names or logos that break the following rules
Each Team is required to maintain a minimum of 4 players in the team at all times during the tournament, A Team has the option of adding one additional player who shall act as a substitute Has resemblance or are identical to any brand or trademark that they personally don’t own.
That is protected by third-party rights and you don’t have written permission to use. That is trying to imitate a real person other than themselves. Discriminatory names, including but not limited to any language regarding ethnicity, nationality, race, gender, religion, sexual orientation is not allowed
Each Team must designate one player as their captain when completing the online registration process (“Team Captain”). The Team Captain will be responsible for all Team communications with Tournament Officials. The Tournament Officials may rely upon any communications from the Team Captain as being made by all players on the Team. The Team Captain must at all times be a player on the Team’s roster. A Team may not change its Team Captain during a Tournament without the prior written approval of the Tournament Officials