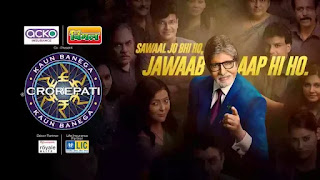 How to Play KBC Offline Quiz?

2) Open the app and Sign-in to the app. croll down, You will get the ‘KBC Play Along’ Quiz Banner.

3) Click on it, Now you can change the language you want.  Then you will get the ‘Play Along Regular’ Button, Click on it.

Q1) What was the theme of the International Day for Biological Diversity for the year 2021, observed on 22 May?

Answer: We’re part of the solution

Q2) Which of these is produced by a mold?

Q3) Who among the following has been named as the White Lightning in cricket?

Q4) What is the process of carrying of top soil by wind and water known as?

Q5) Which bank is the banker of the Banks in India?

Q6) Who is the author of the book ‘Forbidden Verses’?

Q7) The freshwater stream that feeds into a larger stream or river is known as?

Q8) The Titanic sank in which year?

Q9) Golden temple is situated in which of the following state?