Menu
Home » big deals » free bitcoins » hot news » Bitcoin vs Ethereum. Which one to go for?

Bitcoin vs Ethereum. Which one to go for? 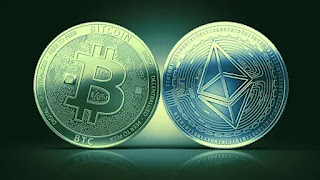 Ethereum and Bitcoin are among the top-rated currencies in the crypto world. Apart from these, hundreds of new currencies have been discovered. This immense collection of coins makes it harder for investors to choose the best one in terms of price surge, stability, legitimacy, and several other factors. The article aims to highlight the two best currencies of the digital market, their similarities, and potential return after investment. Let’s have a sneak peek into their similarities and differences.

Bitcoin is the first cryptocurrency, officially created by an anonymous person under the pseudonym Satoshi Nakamoto. Its value, in the beginning, was equivalent to a few cents back in 2009. However, the most attractive feature of digital money for investors, volatility, spiked it to skyrocketing values, and in 2021, one bitcoin was equivalent to USD 69,000.

Bitcoin vs Ether. What is similar?

Healthy competition always exists between the top-rated business entities’. It leads to improved functionalities and a better user experience. This is the primary reason why bitcoin is always compared to Ethereum. Let us discuss some of the things they both share in common.

What are the key differences?

Undoubtedly, both currencies share various properties. At the same time, they differ from each other in several ways. These include the following ones:

Which one is better for investment purposes?

The aim of both software is entirely different from each other. Bitcoin is just an alternative to fiat currency and can be regarded as a store of value. In comparison, Ethereum is  software based on multiple dynamics to create applications on a blockchain network.

It also provides its digital currency, ETH. Investing your money in the right option totally depends on your financial goals. It is suggested to opt for Bitcoin for short-term goals. At the same time, for long-term investment purposes, it is recommended to go for Ethereum as it offers various services and can be seen as a shining star in the future.

Investing in crypto is always risky because of its high volatility. However, you must play safely in the crypto sphere to save yourself from significant losses.