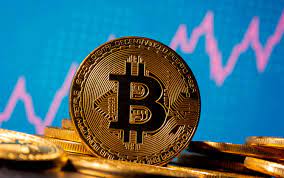 Cryptocurrency is highly volatile. The term volatility refers to the sudden price swing. Some significant economic events influenced the rate of Bitcoin Trading to a great extent. Bitcoin is the first currency officially recognized following the global financial crisis of 2008. It was established to provide a substitute for fiat currency in 2009. Since its beginning, it has been on a roller coaster following significant elevations and depressions. The article highlights some occurrences that stimulated the price of Bitcoin and the factors that contribute to it.

The birth of Bitcoin

An anonymous person created Bitcoin under the pseudonym Satoshi Nakamoto. It is traded on digital platforms like Bitcoin Trading Software. It was designed to replace fiat money in the traditional market. Its value has changed drastically since then. Before discussing the historical events influencing the worth of BTC, let's look at the factors that take it on the troughs and crests.

Factors stimulating the price of BTC

The value of Bitcoin, like all other currencies, depends upon supply and demand. The more it is in demand, the more valuable it will be. The market cap of Bitcoin is 21 million. It means that the platform cannot generate more coins than this limit. The more it comes near its limit, its price will increase. If the creators don't set the limit, then supply would be more than demand, leading to the devaluation of digital cash.

Value at the time of the creation

In 2009, when Bitcoin was created, it held no value as nobody knew about the future of digital cash. After some time, Satoshi worked hard and sold around five thousand Bitcoins for nearly $5 in 2010, giving it worth of $0.09.

After its first evaluation, its value started to rise. In 2010, the price remained at $1. In 2011, the value suffered sudden ups and downs. By the mid of April, its price jumped to $30. This gain was recorded in just three months. The digital market suffered a great recession, and by November 2011, its price dropped to $2. The year 2012 was not a remarkable one, and the rates fluctuated from $4 to $14 approximately.

The same rates were seen in 2012 as well. But 2013 was a year of fortune for the investors as it witnessed significant price hikes. In the beginning, the rate was around $13. In the next four months, the price elevated to $230, a potential gain for the stockholders. The price volatility factor showed up, and by the end of July, it bottomed at $68. In December, the unstable currency increased to $123 and skyrocketed to about $1240. Three days later, the price again dropped to $688. The rates kept on fluctuating, and 2015 witnessed the maximum rise of $315 roughly.

This sudden rise and fall convinced the investors to lock up their money in it and chance their arms.

Bitcoin gained mainstream traction because of high volatility, both from stock investors and business tycoons, who began working to build their cryptocurrency. Since the demand was mainly increased, the price increased as well.

In 2016, Bitcoin grabbed the spotlight as it witnessed tremendous boosts. In 2016, the price rose to $900. The following year, it spiked off to $2000 in May. This year ended with a high cost of nearly $19,500. The year 2019 watched high financial activities, and the price kept on increasing. By the end of 2020, the world went through a severe crisis, and the traditional market economy collapsed, taking digital cash to the sky.

The year 2021 was a significant downturn for the traditional market, and people shifted to the digital marketplace following strict lockdown in most parts of the world. In January 2021, bitcoin's price was increased to $40,000.

Between March and April, it recorded its all-time high value and boomed to $60,000, gaining attention worldwide. The traditional market reopened in mid-July, and its price dropped down to $30,000. It again witnessed a historic high rate of $69000 roughly. In December, the price was lowered to $50,000. Its price is around the exact figures until today and is currently at $47,901 (March 2022).